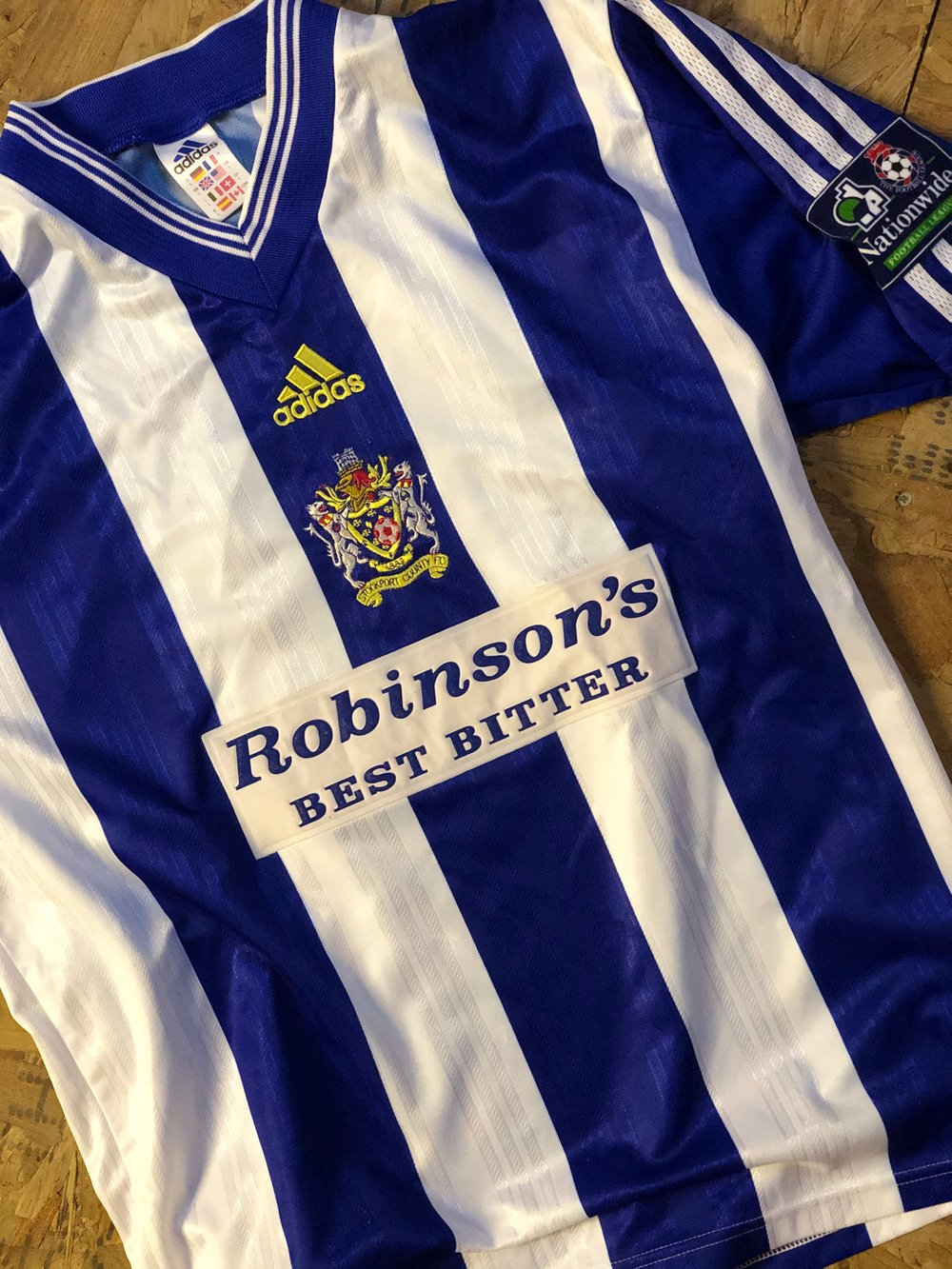 Super cool, super rare and super sought after 1998/99 adidas home shirt. The final adidas home shirt we had before the switch to Patrick, this is arguably one of our greatest ever shirts. Memorable worn in games against Wolves, Sunderland and Bolton when we were a division above old comedy Man City.

Number 9, this is likely to have been worn by Brett Angell, Steven Grant, Tony Ellis and Aaron Wilbraham. Features genuine correct size felt adidas number and official Nationwide Football League sleeve patches, neither of which were available commercially.

Match worns of this shirt rarely come up for sale and this is as good an example as you’re likely to find. Superb condition with barely a mark on it. 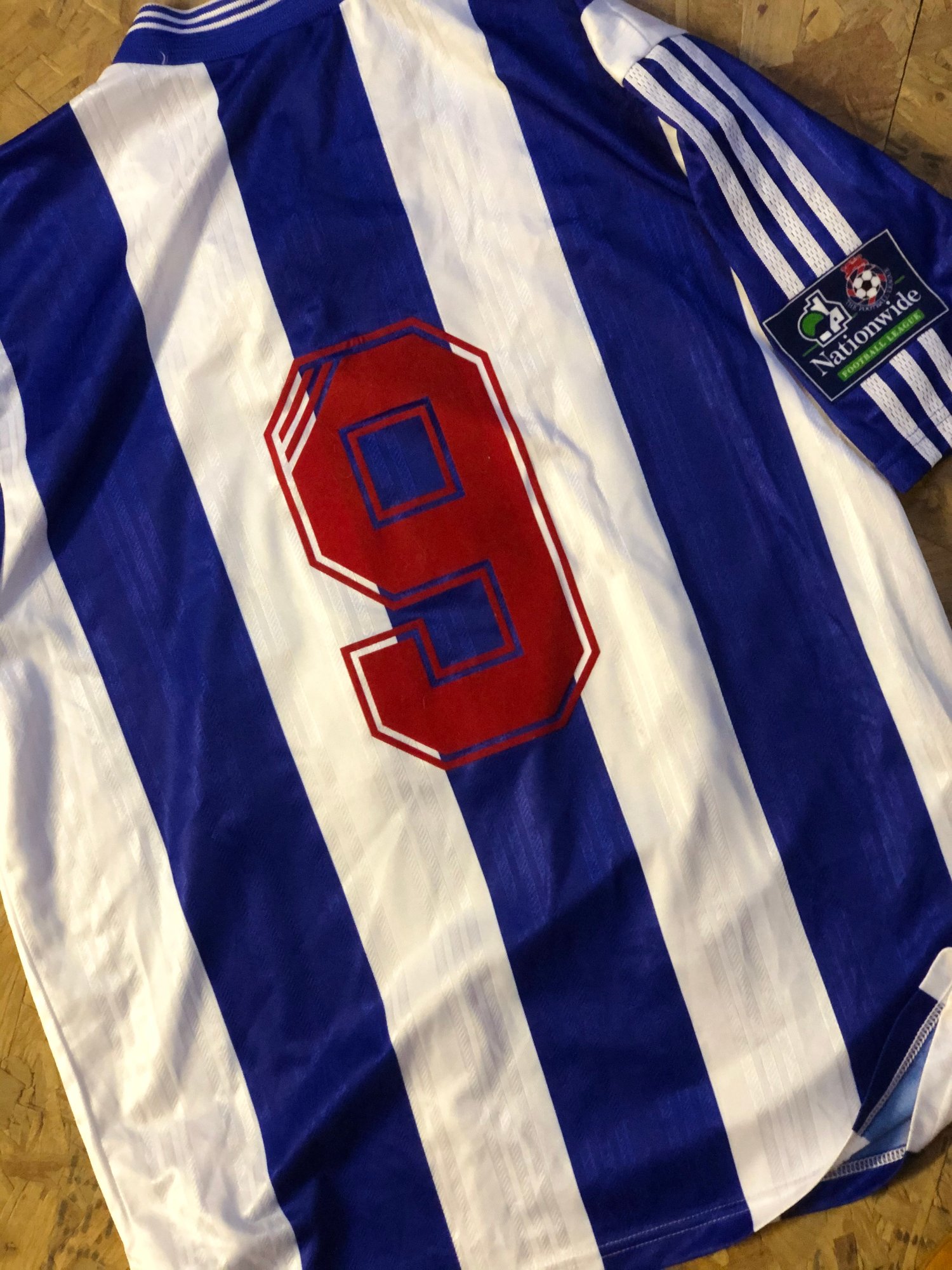